The five AfD Members of the Bun­destag from Saxony are among the most radical in the party’s (Alter­na­tive for Germany) par­lia­men­tary group. At a party event near Pirna, the party base indulges in brutal mob fan­tasies. The new par­lia­men­tar­i­ans in atten­dance show tacit consent, con­vey­ing a sense of how dan­ger­ous their party really is.

To under­stand the world view rep­re­sented by Saxony’s AfD deputies to the Bun­destag, one has to leave the par­lia­ment and the capital behind and follow the deputies to their elec­toral dis­tricts.

It is 25th January 2018, a Thurs­day evening falling in a one-week recess of the Bun­destag. The AfD is hosting an event in the Hei­desche­une in Cotta, a proper country inn located just a few minutes’ drive from Pirna. A board member of the local AfD chapter (Kreisver­band Säch­sis­che Schweiz/​Osterzgebirge), serving as emcee at the event, unblush­ingly relates a brutal anec­dote – and not the slight­est objec­tion comes from the three newly elected par­lia­men­tar­i­ans – their names are Sieg­bert Droese, Tino Chru­palla and Jens Maier – sitting next to him on the podium.

Mob fan­tasies of the party base

An inci­dent on the fringe of the Biathlon World Cup in Ruh­pold­ing. Nation­al­ist-minded Nor­we­gians come upon a sup­pos­edly left-wing winter sports fan. The left-wing “scumbag”, the board member reports enthu­si­as­ti­cally to hun­dreds of lis­ten­ers, was no match for the proud Nor­we­gians: in a pub, they’d grabbed the guy and smacked him one, left and right, hard enough “that he lost his hearing and sight”. They had then “hauled him out into the street” and “thrown him in the rubbish”. Each of them, he said, “spit on the guy”, and then made it clear to him that “if he came back to the pub, he wasn’t going to end up lying on the street, but a bit deeper instead.” What the young German had done to awake the ire of these thugs was not made clear. But the chapter’s board member, who has also cap­ti­vated audi­ences as a speaker at Pegida events on a number of occa­sions, held the per­pe­tra­tors up as role models: “People, this is what national pride means!” Jubi­la­tion in the hall – and nary a word of protest from the three Members of the German Bun­destag.

He calls himself “the little Höcke”

So, who are these politi­cians? No one is sur­prised that radical right-wing Jens Maier feels at home in circles like the one in Cotta. Maier himself calls himself “the little Höcke”. In January 2017, speak­ing in Dresden’s Ball­haus Watzke just before Björn Höcke, who was about to give his infa­mous his­tor­i­cally revi­sion­ist speech, Maier blus­tered on about the “pro­duc­tion of mixed races” and called for an “end to the cult of guilt”. At the time, he was still a judge serving on the Dresden dis­trict court. Accord­ing to a report in the SPD monthly Vor­wärts, Maier voiced under­stand­ing for the deeds of the far-right Nor­we­gian ter­ror­ist Anders Breivik at an event hosted by the right-wing mag­a­zine Compact in April of 2017, claim­ing that despair had made the man a mass mur­derer.

At the Cotta event in late January, Maier advo­cated repeal­ing the statu­tory pro­vi­sions banning incite­ment to hatred, as they were being used to wage a “war on dis­senters”. “Dis­senters” like Maier? This was only a few weeks after Maier’s Twitter account was used to launch a racist attack on the son of ex-tennis pro Boris Becker, prompt­ing the lead­er­ship of AfD par­lia­men­tary group to dis­tance itself from Maier.

Poser photos in front of the “Wolf’s Lair”

Like Maier, par­lia­men­tar­ian Sieg­bert Droese also has close ties with Björn Höcke’s nation­al­ist wing, which dom­i­nates the Saxon chapter of the party. Droese already made head­lines back in 2016, because as dis­trict party leader in Leipzig, it was under his respon­si­bil­ity that two AfD cars were driving around with Nazi codes on their license plates: L‑AH1818, i.e. Adolf Hitler’s ini­tials and L‑GD3345 – Großdeutsch­land (Greater Germany) 1933–1945. Accord­ing to the Tagesspiegel, Droese claimed not to know what the com­bi­na­tions of letters and numbers meant: “I was aston­ished by what people read into that.”

Over the weekend, an oppo­nent of Droese from within the party pub­lished a photo showing him posing, with one hand on his chest, in front of the ruins of the Wolf­ss­chanze (Wolf’s Lair), the former Wehrma­cht head­quar­ters. This did not, however, prevent the AfD Saxon party con­gress in Hoy­er­swerda from choos­ing Droese, who had pre­vi­ously been acting head of the Saxon chapter, as the new deputy head of the Land party on Sunday.

And Chru­palla, who holds office in the Bun­destag as one of five deputy chairs of the par­lia­men­tary group? Die Zeit, which sorted the AfD deputies into cat­e­gories after the Bun­destag elec­tions, classed the master painter from Weiswasser as a mod­er­ate. Perhaps the former CDU sup­porter himself would agree with this assess­ment. The far-right rad­i­cals are the ones setting the tone at the Saxon chapter of the AfD now though. It appears that any lin­ger­ing inhi­bi­tions were jet­ti­soned when former federal and state party leader Frauke Petry left the party, along with several of those loyal to her. As was evident at the Hei­desche­une in Cotta, AfD politi­cians like Chru­palla prefer to keep silent in the face of their even more radical party col­leagues.

The CDU is baffled

How could the AfD have become so pow­er­ful, in Saxony of all places? It beat out the CDU in the Bun­destag elec­tions there, albeit nar­rowly, with 27 percent of the vote, to become the strongest party in Free State of Saxony, which the CDU had dom­i­nated since 1990. Min­is­ter-Pres­i­dent Stanis­law Tillich stepped down after that. The Sax­on­ian Union had not been able to clearly dis­tin­guish itself from the AfD. On the con­trary, with its ongoing rel­a­tivi­sa­tion of far-right extrem­ism and xeno­pho­bia, it has blurred the line between democ­rats and author­i­tar­i­ans.

In Saxony in 2014, the AfD entered a Land par­lia­ment for the first time. Elec­toral suc­cesses in Bran­den­burg and Thuringia fol­lowed shortly there­after. In Saxony, the AfD replaced the NPD, which had been rep­re­sented in the par­lia­ment in Dresden for two leg­isla­tive terms, since 2004. Led by the party’s former leader Petry, the AfD won 9.7 percent of the vote. While Petry and her sup­port­ers made words like “völkisch” socially accept­able, her sup­port­ers were seen as less radical in com­par­i­son to the other group­ings within the party, such as those in Thuringia, Saxony-Anhalt and Bran­den­burg. A study by the former Green state par­lia­men­tar­ian Miro Jen­ner­jahn attested that the demands made by the Saxon AfD were com­par­a­tively modest.

Role in the Gov­ern­ment after the elec­tion?

Nonethe­less, the AfD spoke straight to the Zeit­geist, espe­cially in Saxony. The sub­se­quent rad­i­cal­i­sa­tion of the Saxon chapter did nothing to change that. A survey run by the daily Säch­sis­che Zeitung showed that two out of three Saxons believe that East Germans are merely second-class cit­i­zens. Accord­ing to the “Sachsen-Monitor”, pre­pared at the behest of the Saxon State Gov­ern­ment, 56 percent of Saxons believe that the “Federal Repub­lic is swamped to a dan­ger­ous extent by the many for­eign­ers”. That is a sub­stan­tially higher per­cent­age than those found in com­pa­ra­ble national surveys. This feeling of being out­paced is coupled with a pro­nounced hos­til­ity towards for­eign­ers and is the fertile soil which gave rise to the ArD’s explo­sive success.

The CDU, the party to which all heads of gov­ern­ment in Saxony has belonged since 1990, is appre­hen­sive about the Land par­lia­men­tary elec­tion to be held in the summer of 2019. Tillich’s suc­ces­sor, Kretschmer main­tains that he con­sid­ers a coali­tion with the AfD to be out of the ques­tion “forever”. He has said that anyone in the state party seeking such an alliance is in an “extreme minor­ity posi­tion”. He does not want to shift the Saxon CDU back towards the centre and thus closer to the posi­tions of Angela Merkel though. The Tageszeitung attests that Kretschmer is steer­ing “ambiva­lent course vis-à-vis the extreme right”, quoting from a keynote address he gave at the TU Dresden: “On the asylum issue, it is com­pletely legit­i­mate to say: This has gone too far for me, I don’t agree, I think it’s too expen­sive. We did not allow this debate to happen in 2015.”

The AfD has stated the objec­tive of taking so many votes away from the SPD, tra­di­tion­ally weak in the Saxon par­lia­ment, that it will become impos­si­ble to form a gov­ern­ment without the AfD. In this way, they hope to put the CDU in a posi­tion where it has no choice but to offer a coali­tion to the AfD. Accord­ing to a Novem­ber survey com­mis­sioned by the Säch­sis­che Zeitung, the AfD, with 23 percent, would become the second most pow­er­ful party, after the CDU (33 percent). The SPD would come in as an also-ran at 12 percent.

It sounds alarm­ing, but it is not improb­a­ble: if the CDU caves in, Saxony might be the first Bun­des­land with rad­i­cals from the far right in gov­ern­ment. 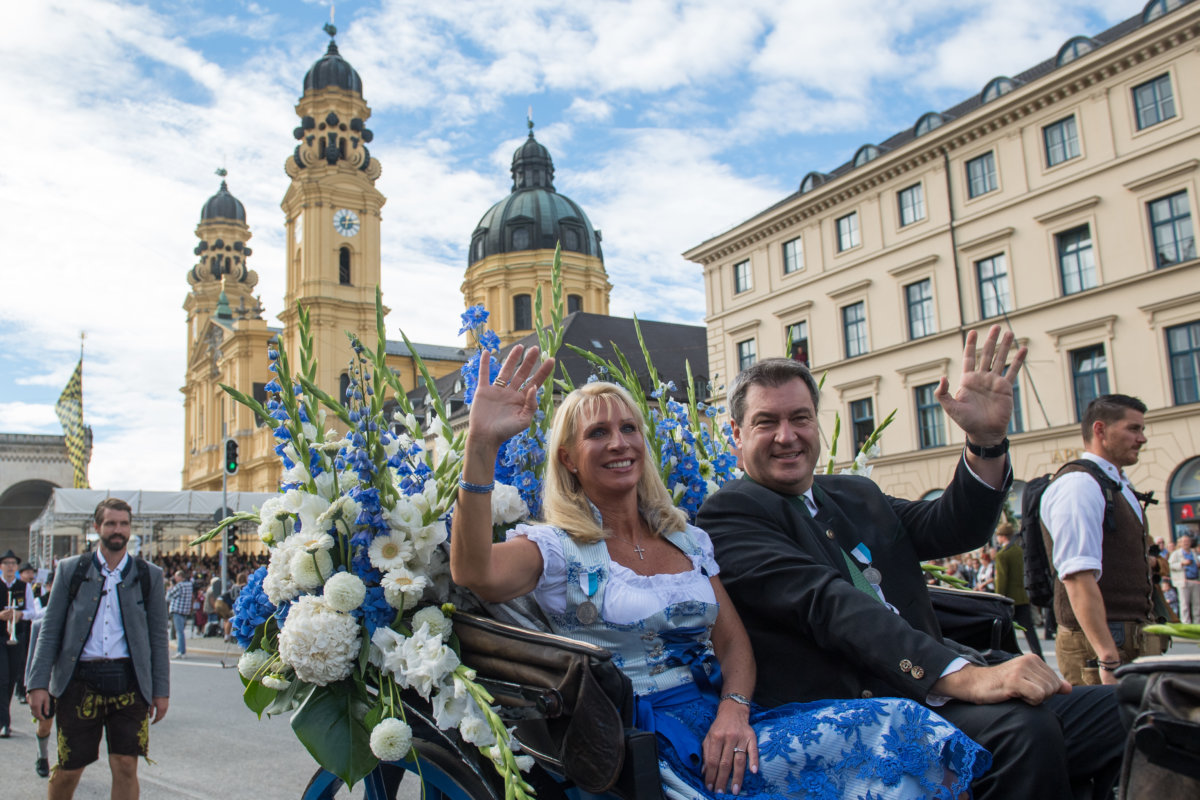 Notes From Berlin — A Polit­i­cal Earth­quake in Bavaria

A summary of the elec­tions in Bavaria, one of the major German states with more then 9 million voters. 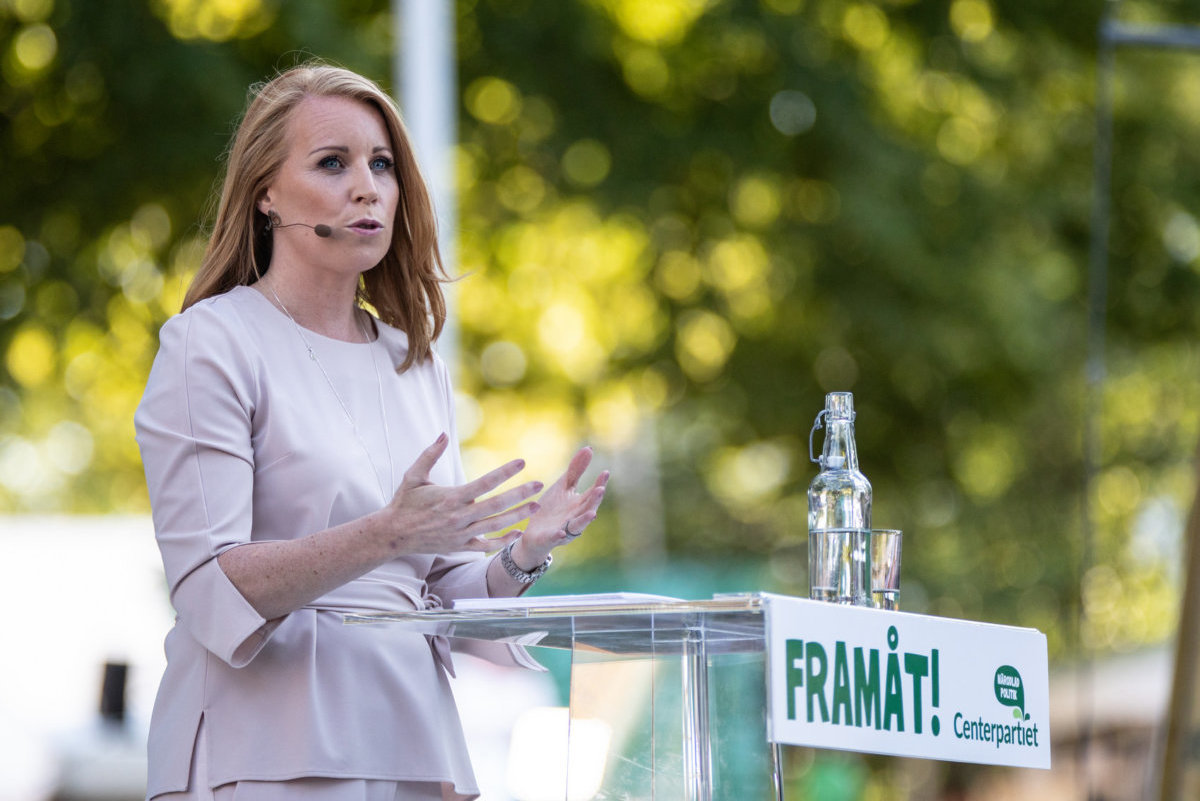 The Come­back of the Swedish Center Party – an Eco-Liberal Story of Hope for Europe?

Sandra Detzer und Sebas­t­ian Schaf­fer of the German Greens travel to Sweden where the right-wing-pop­ulist “Sweden Democ­rats” could win the elec­tion in Sep­tem­ber. But where danger is, rescue also grows:... 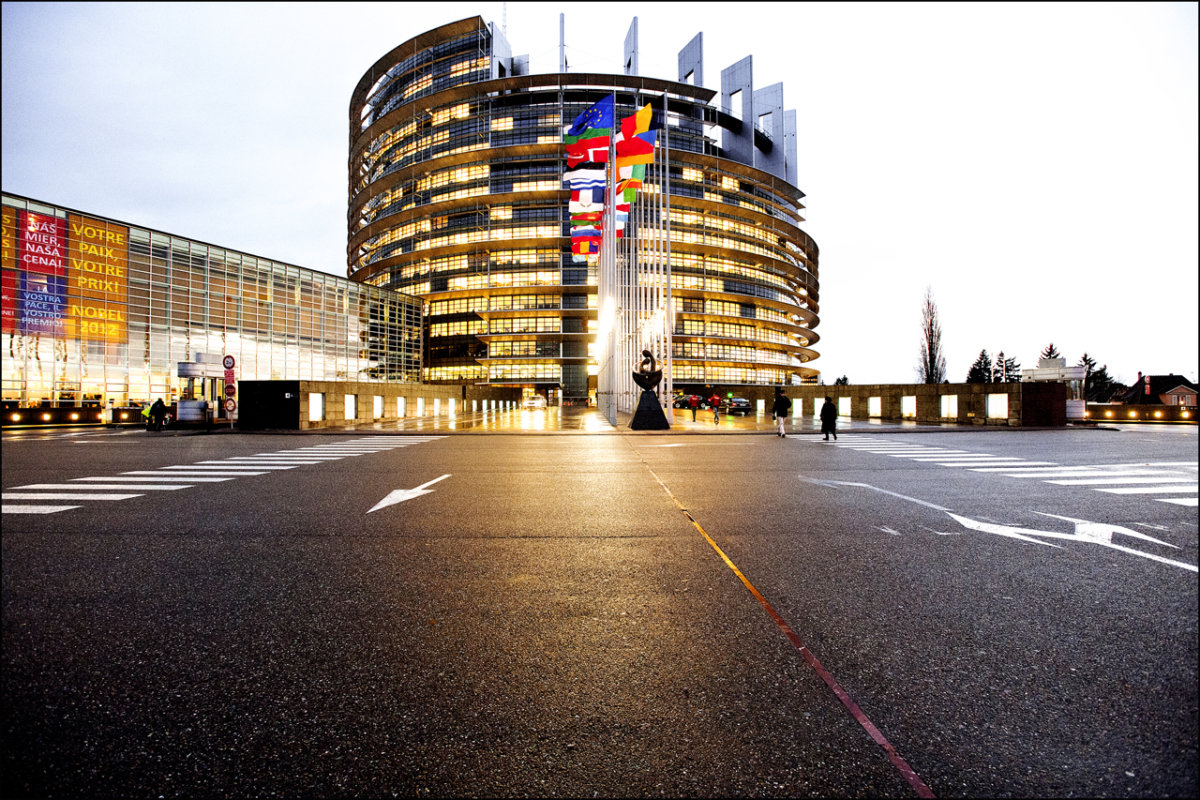 Society is caught up in a whirl­wind of change. The power of liberal democ­ra­cies is dwin­dling and the polit­i­cal balance in the world is shift­ing. An inter­view with Ralf Fücks on...